Drake Best I Ever Had, Every Girl Live & Exclusive Interview

Drake and the hype, you dig?

Drake Best I Ever Had, Every Girl LIVE & Exclusive Interview

Posted by Unknown at 9:56 PM No comments: 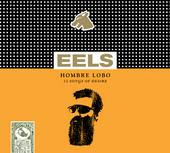 The new Eels album Hombre Lobo: 12 Songs of Desire has been on repeat here at Musicology NYC. Now you can hear it as well at the bands myspace. The album will be available on Tuesday, June 2, 2009.
Posted by Unknown at 5:03 PM No comments:

Another new Yeah Yeah Yeahs video. Please stand by for a contest in which we'll give a copy of their new album.

The new Grizzly Bear album just got a 9 of 10 from Pitchfork. And it is damn good. Here's the first video for "Two Weeks". 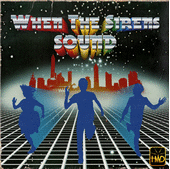 We mentioned this release yesterday but with very little info.  Here's some more:

Heads We Dance's debut album ‘Love Technology’ will be released on 1st June 2009, preceded by the single ‘When The Sirens Sound’, which comes backed by the Little Boots featuring ‘Work It Out’, on 18th May 2009.

Eels song "Fresh Blood" is our favorite song of the moment and we cannot wait for the full length Hombre Lobo: 12 Songs of Desire due June 2nd. As of today you can pre-order on itunes by clicking here.
Posted by Unknown at 7:33 PM No comments: 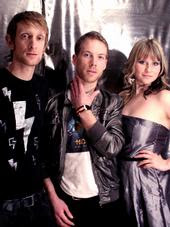 I know absolutely nothing about this artist, but this could be something exciting if other acts get in on it.
From We Like It Indie:

Leeds-based electronic trio, Heads We Dance, will be the FIRST act to stream the ENTIRE of an album pre-release on a dedicated iPhone/iPod Touch app, as debut record, Love Technology becomes available to hear through the band’s new app today, a full two weeks ahead of its digital release.

Posted by Unknown at 9:59 PM No comments: 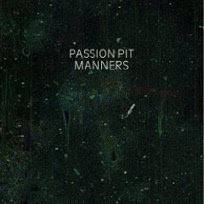 Spinner is taking an undeserved back seat this week.  We are still digging  on this Dark Night of the Soul record (actually listening right now).  But they still have some great stuff over at AOL; including the debut Passion Pit album,  Apostle of Hustle, Flipper, Nick Cave, The Field,  the Beach Boys and many other goodies.  Give them a listen by clicking here.
Posted by Unknown at 9:11 PM No comments:

We have been off Modest Mouse for a few albums now, but are digging on this tune called "Satellite Skin" from the upcoming No One's First And You're Next.  Via Stereogum.
Satellite Skin
Posted by Unknown at 9:51 PM No comments: 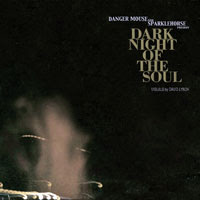 We've had our eye on this release by the odd combination of David Lynch, Sparklehorse, & Danger Mouse since we heard about it a month ago. We have to thank kevchino for the heads up.  After half a spin, it's interesting to say the least. Searching for Danger Mouse's sound can take a close listen and really we have no idea what David Lynch is doing (UPDATE:  he contributes vocals).  Listen free at NPR. Pre order here.
Guests include:  James Mercer of The Shins, The Flaming Lips, Gruff Rhys of Super Furry Animals, Jason Lytle of Grandaddy, Julian Casablancas of The Strokes, Frank Black of the Pixies, Iggy Pop, Nina Persson of The Cardigans, Suzanne Vega, Vic Chesnutt, and Scott Spillane of Neutral Milk Hotel and The Gerbils.
Posted by Unknown at 3:30 PM No comments: 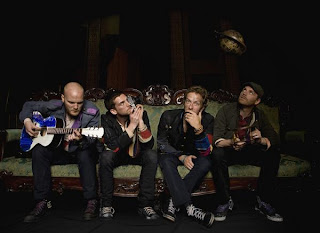 We gave you a heads up and today's the day. You don't have to download it if you don't want.  We know how you hate live albums.  And Coldplay.  But it is free.  And you don't really hate them, you're just supposed to.  Coldplay's LeftRightLeftRightLeft out now!
Posted by Unknown at 8:02 AM No comments:

Decide for yourself if it's time to give up on Wilco. Listen to their not so cleverly named Wilco (The Album) by placing your mouse here and left clicking.
Posted by Unknown at 9:00 PM No comments:

Love is All - "Last Choice" Video via Stereogum

The crazy Love is All crew brings us a new video called "Last Choice" via the also crazy Stereogum crew.

Rooftop Films Opening Night Party: This is What We Mean By Short Films with Musical Guests Cymbals Eat Guitars 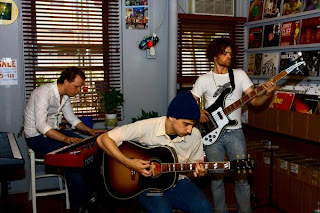 This may be where I spend my Friday night. Cymbals Eat Guitars and free Radeberger pils. Anyone else?

Rooftop Films is back and we’re starting the summer early. The Rooftop
Films 2009 Summer Series kicks off on Friday, May 15th. Head to the Lower East
Side and follow the crowds up to the Open Road Rooftop Project to see
extraordinary live music performances and amazing films under the warming sky,
framed on all sides by the greatest cityscape in the world.

The Rooftop Films 2009 Summer Series returns for our 13th season, screening every weekend from May 15 -September 20.

This summer, Rooftop will host more than 40 unique outdoor events, featuring programs of new, independently produced films from around the world paired with New York’s best and brightest musical acts.

We’ll be in more than a dozen spectacular outdoor locations around New York City and anticipate over 25,000 attendees throughout the summer.
On Friday, May 15 the Rooftop Films Summer Series opens with the shorts program, “This is What We Mean by Short Films” at the Open Road Rooftop above New Design High School (Lower East Side). These are the movies that define the short film as a
genre—quickly clever but profoundly rich, packed with hard-hitting humor and
long-lasting poignancy.

Before the films, Sound Fix presents Cymbals Eat Guitars. The Staten Island rockers have been getting a lot of attention for their first self-released album Why There Are Mountains and were just named "Best New Music" by Pitchfork (Read the REVIEW). And after the films, everyonein attendance is invited to the Rooftop Films after party at Fontana's where we will be serving complimentary Radeberger Pilsner until 1 AM and hanging out with the filmmakers and the band.

Venue: on the roof of the Open Road Rooftop

Posted by Unknown at 4:52 PM No comments:

Great music including Santigold, Gomez, and Lisa Hannnigan for this great cause:

Today, (RED) and Live Nation announce the (RED)NIGHTS series, an innovative
slate of 26 live concerts in the U.S., which will raise money and awareness for
the ultimate goal of eliminating AIDS in Africa. To kick off the series,
(RED)NIGHTS artists, Santigold, Gomez, O.A.R., Fall Out Boy, Lisa Hannigan, The
Veronicas and The All-American Rejects will turn one of their upcoming concerts
(RED). 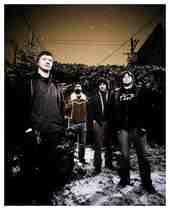 I don't know how many people are listening to this band Appleseed Cast, but I assure you, you should be. Dreamy pop that can fit all moods. Their new album is still on heavy rotation around Musicology NYC and I'm not sure I have ever shared their name.

I missed them on tour, but I will certainly catch them next time around.
Posted by Unknown at 10:03 PM No comments: 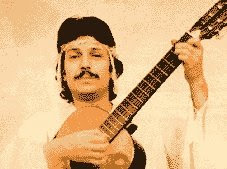 Rare Frequency found this Turkish funk gem which is perfect for the way to the bar..er...home from work.  It's free.  Download and enjoy.
Posted by Unknown at 7:25 PM No comments:

Tori Amos discusses Abnormally Attracted to Sin here,  Video below.
Fire to Your Plain - Tori Amos
Posted by Unknown at 7:20 PM No comments:

Lissie Trullie's EP Self Taught Learner has grown on us here at Musicology. Check out her new video for "Boy Boy" via Stereogum.

Posted by Unknown at 9:43 PM No comments: 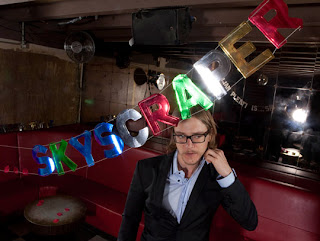 Paul Blanks of Interpol is Julian Plenti. The snippets at the website sound interesting and if nothing else, a lot different from Interpol's sound.
Posted by Unknown at 10:52 PM No comments: 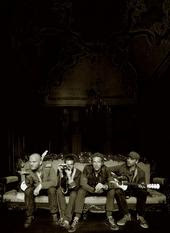 Been meaning to pots this...How very kind of the Coldplay crew:

At every remaining live showin 2009 (apart from festival shows). Starting
with the band's first North American tour date, at West Palm Beach in Florida on
May 15th,every fan attending a show will be given a free copy of thenine-track
CD.

Also on May 15th, LeftRightLeftRightLeft will be made available as a free
download from Coldplay.com, for
fans everywhere.

According to the band, the give-away is meant as a
recession-bustingmark of gratitude to everyone who's supported them: "Playing
live is what we love. This album is a thank you to our fans - the people whogive
us a reason to do it and make it happen."The album was recorded over the past
year in various cities aroundthe world on the Viva La Vida tour. To see LRLRL's
tracklisting andartwork, click here:http://emr.emi.com/go.asp?/bEMU001/q29AO5E/xO2NG5E. 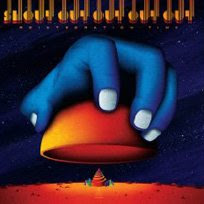 Spinner has a bunch of good albums this week highlighted by St. Vincent and Shout Out Out Out Out. But also including Peaches, the New York Dolls, Ben Harper and the NIN supported Horrors.
Posted by Unknown at 10:14 PM No comments: 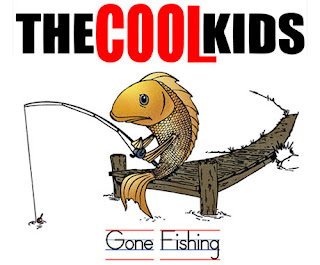 Cool Kids had a great EP last year and now in preparation for their new record they have released a free mixtape called Gone Fishing. You can get it here.

Enter the Vaselines Review and "Son of a Gun" MP3

It's easy to hear the Vaselines influences as well as the influenced. But it's funny to think a band of relatively unknowns as big influencers. As we all know, we owe Kurt Cobain for that. He spoke very highly of this band.
And that inspiration may not appear to be worn on Cobain's sleeve. But, really it is. There are many things that are special about the Vaselines. Most important is their talent with melody. These songs seep into your brain and can float about for days. How very Nirvana is that?
In fact it is fun for the casual fan to stumble upon a few songs that they may have credited to Nirvana in the past ("Son of a Gun, "Molly's Lip's", "Jesus Don't Want Me For a Sunbeam")
On Enter the Vaselines- a career retrospect in two parts-a reissue of a reissue of the bands complete recordings from 1992 (at the height of Cobain-mania) and the remaining demos and live tapes.
Although this is a lot of music to listen to consecutively there are few bad moments. On the second half of the release many songs will slip into the background because of the weak recordings or because of boredom.
But the jangle pop punk is so sweet on the first half of the disk that you will wonder how more aren't influenced by this band.
As far as their influences, they owe a lot to the Velvet Underground, but the boy/girl contrast of Eugene Kelly and Frances McKee -though somehow lo-fi-also channels punk bands without much distortion.
The highlights on the album are many. The aforementioned Nirvana covers are stunning to hear in their original form. And beyond these tracks "Dum-Dum", "Dying For it" and "You Think You're a Man" continue along the bands playful sexual driven tunes.
This is an album that all rock fan should have in their collection. Many owe Nirvana a thanks for getting them off commercial rock. And if you aren't off it and still listen to Nevermind regularly this may be the album to wean you off and take you through a decade plus of great indie music...even if these tunes are years older than Nirvana.
Rated: "It's Great"
Vaselines - "Son of a Gun (MP3)
Posted by Unknown at 10:00 AM No comments: