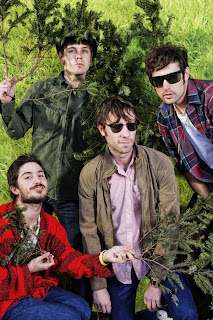 As if we don't tell you enough Spinner is the place where you should go to check out the best albums before you buy them. This week doesn't match last week, but they still have Black Lips, Lissie Trullie, Lamb of God, Knaan, Ursula 1000 and Kinky among others.  Click here to listen.
Posted by Unknown at 10:22 PM No comments:

Lady Sovereign Samples the Cure's "Close To Me" on "So Human"

Here's a song that can immediately change your opinion of an artists. Lady Sovereign was OK in our eyes, until this:

OK. We don't hate her, but we will forever skip this song.
Posted by Unknown at 10:09 PM No comments:

As mentioned we cannot wait for the new Depeche Mode record. After hearing the below song, "Wrong" we popped Ultra on and got even more pumped for Sounds of the Universe. Cool new song featured at Germany's Echo Awards:

The Veils Return from Hiding! "Three Sisters" on their Myspace! 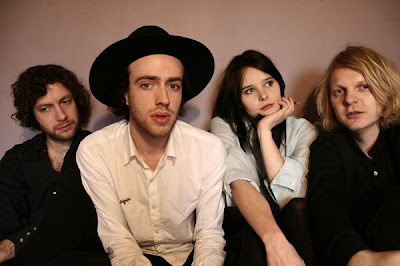 Oh man did we ever think Nux Vomica was an underrated album.  Here's hoping the new album by the Veils is as good as their last.  On first listen, we're not head over heals for "Killed by the Boom", but chances are there are 11 other tracks coming with Sun Gangs which will be released on April 7, 2009!  And now after heading for a photo at their myspace we found another track called "Three Sisters" and we like this one lots!  Seems a little different sound for the band, and that could be good.
The Veils - "Killed By the Boom" (MP3)
Posted by Unknown at 9:03 PM No comments: 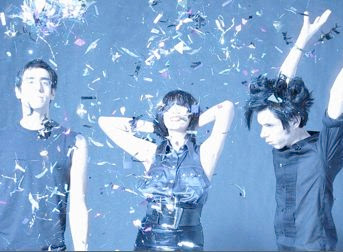 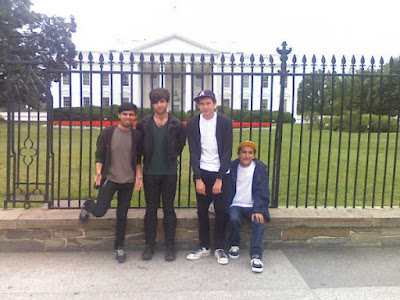 Spinner has a shit-ton of try-it-before-you-buy-it's including:
Benjy Ferree
Abe Vigoda
...And You Will Know us by the Trail of Dead
Asobi Seksu
M.Ward
Iran
Vetiver
Alela Diane
Sam Roberts
Annie Lennox

Jane's Addiction and NIN to Tour Together 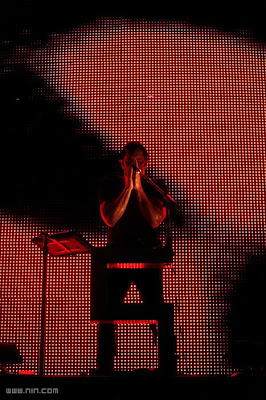 Towards the beginning of my career in Nine Inch Nails, our biggest break came in the form of an invitation to perform a series of shows with Jane's Addiction. These performances essentially created and defined the term "alternative" rock in the US, created an ongoing festival franchise that is still thriving (Lollapalooza), set the stage for Nirvana to shift popular taste a few months later, and were really fucking FUN to play and attend - truly the best times I've had. The shows were epic. So epic, they propelled NIN to the "next level" (whatever that means), but caused Jane's to implode. The band broke up at the end of that tour.

Fast forward to the present. Corporate rock STILL sucks. A friend tells me they saw the original Jane's lineup play a tiny show in LA that was unbelievable. I break out my Jane's records and am amazed by how vital they sound. These guys were the real deal and in this current climate mostly dominated by poseurs and pussies it was refreshing to hear something that sounded dangerous, volatile, beautiful and SINCERE.
Emails were sent, phone calls were made, dinner was arranged, ideas were discussed and the next thing I know we're in the studio experimenting. We laugh, we get to know each other, we cry, we yell, we almost quit, we record LOTS of guitar solos, we discuss, we actually begin to all communicate, we yell some more, we become FRIENDS, we laugh again and we do some great things. I get to see first hand why they broke up all those years ago but I also get the chance to see four distinct personalities that become an INCREDIBLE band when they're in the same room.

In NIN world, 2009 marks the 20th anniversary of our first releases. I've been thinking for some time now it's time to make NIN disappear for a while. Last year's "Lights in the Sky" tour was something I'm quite proud of and seems like the culmination of what I could pull off in terms of an elaborate production. It was also quite difficult to pull off technically and physically night after night and left us all a bit dazed. After some thought, we decided to book a last run of shows across the globe this year. The approach to these shows is quite different from last year - much more raw, spontaneous and less scripted. Fun for us and a different way for you to see us and wave goodbye. I reached out to Jane's to see if they'd want to join us across the US and we all felt it could be a great thing. Will it work? Will it resonate in the marketplace? Who knows. Are there big record label marketing dollars to convince you to attend? Nope.
Does it feel right to us and does it seem like it will be fun for us and you? Yes it does.
Look for tour dates soon and I hope to see you out there.

Fever Ray New Video - "When I Grow Up"

Fever Ray's (Karin Dreijer from the Knife)  new videois a reason to love music again...well the song anyway, video's cool too! Via Stereogum..."When I Grow Up"

When I Grow Up from Fever Ray on Vimeo.
Posted by Unknown at 8:29 PM No comments:

A New Video by the Wrens "Marked Up"

Get very excited for the new Wrens album. Video for "Marked Up" via The Music Slut.

Companero
We do not have any photos to post from last nights show at Mercury Lounge...mostly because the girls in front of us made it nearly impossible, as they snapped photos of themselves, chatted with each other and shoved people throughout the performance.
The show in itself was enjoyable.  Lissie Trullie rocked the house.  Playing all of the tracks from her EP, Self-Taught Learner (it was a record release after all), she won the crowd over quickly.  The music was over in less than an hour, and most were happy with that.  The nine song set ended with the (arguably) best track on the album, the title track.
As good as Lissie truly (mhm) was, the night belonged to openers Linfinity, who's passionate Antony and the Johnsons meets Clap Your Hands Say Yeah meets Arcade Fire intelligent rock onslaught had us so very excited.  Even more so when singer Dylan Von Wagner mentioned that there were free CD's in the front of the house...And even more excited when I found this free EP download (be sure to click on discography) on their website when I returned home!

The band looks to have recently signed with Secretly Canadian. Keep and eye or two on them. Watch that video up there, too.
Posted by Unknown at 9:57 PM No comments:

Bat For Lashes - "Moon and Moon" On the Culture Show

As we slowly fall in love with Bat For Lashes all over again here she is doing "Moon and Moon " on the Culture show.  Via Stereogum.
Posted by Unknown at 10:25 PM No comments:

Wavves Lives up to Hype at Market Hotel show on Friday 2/6? 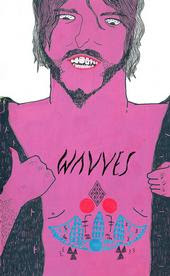 See what the Wavves hype is all about. Download the full set from Market Hotel on February 6, 2009 here (via NYC Taper).
Posted by Unknown at 9:20 PM No comments:

Speaking of Lilly Allen, kevchino has the details about her free Bowery show tomorrow night at his blog.  Learn more here.  Below watch the video for "The Fear"

This is all that I have seen of the awards. Is it all that I need to see?

Radiohead (well, Thom and Johnny) doing "15 Step" with a bunch of other non-Radiohead folk.

Absolutely gorgeous. We were excited for new Bat For Lashes album before we heard this amazing song, "Glass".

Glass - Bat For Lashes
Posted by Unknown at 10:32 PM No comments:

A new Fleet Foxes video from an old release...2008's Sun Giant. Watch it and the making of it below.


Mykonos from Grandchildren on Vimeo

Mykonos making of from Grandchildren on Vimeo..
Posted by Unknown at 4:25 PM No comments:

Frightened Rabbit and Gregory and the Hawk at (le) Poison Rouge 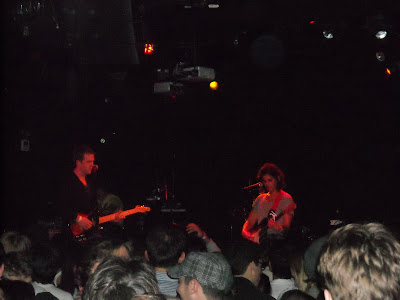 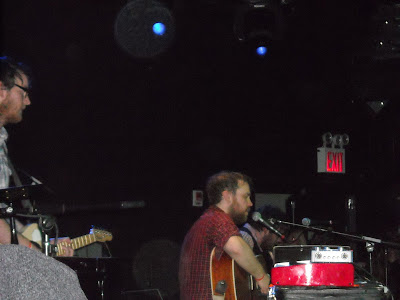 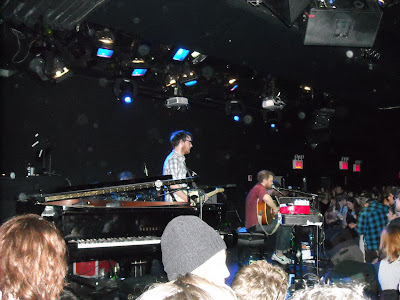 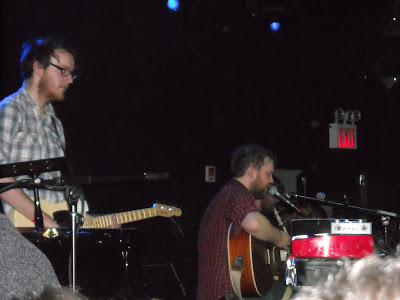 Last Night Frightened Rabbit and Gregory and the Hawk teared up (le) Poison Rouge.
We had to leave early, but the all-request, acoustic Frightened Rabbit set list went something like this (if you can fill in the blanks it would be great).

Special thanks to David Bly for snapping a photo or two.
Posted by Unknown at 10:40 PM No comments: 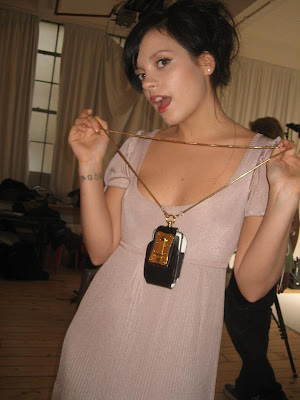 Lilly's new effort is called It's Not Me It's You.  Listen here for free.
Posted by Unknown at 10:29 PM No comments:

"Tonight" is another amazing track from the Lykke Li album Youth Novels that has yet to leave my record player since date of purchase. Watch it below.

Posted by Unknown at 7:15 PM No comments: