New track and video from jj.

JJ-MY BOYZ. from Mattias Erik Johansson on Vimeo.
Posted by Unknown at 12:38 AM No comments:

These kids are channeling some good stuff here. Hear some Misfits and even some Dischord Records in Radkey.

Digging Jungle and especially this track, "The Heat".

Jungle - The Heat from Jungle on Vimeo.
Posted by Unknown at 10:17 PM No comments:

It's been tough for rappers to get my attention lately but I am feeling Denmark Vessey. Anyone else?

Posted by Unknown at 4:18 PM No comments:

Was just thinking about how much I would love a new Jose Gonzales LP and here is a new song.  Don't get me wrong, I like Junip but Jose by himself....

"Stay Alive" is from the the movie, The Secret Life of Walter Mitty.

Posted by Unknown at 5:54 PM No comments:

You've been waiting all week for this moment.  The top 13 of 2013 is coming up.  And what a year this was.  Any of these albums in my top 13 could very well be number one in my eyes.  A wonderful year in music is coming to an end.  If you haven't heard these you probably should.

The rest of our list is here and here.  But if you aren't concerned with the albums we ranked at 14-50 just read below. 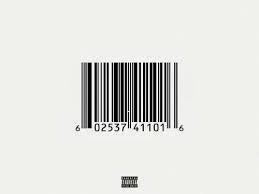 13) Pusha T - My Name is My Name:  Sleeper for me.  Didn't love it at first but it grew on me.  This is a solid straight hip hop LP.  King Push.
12) Justin Timberlake - The 20/20 Experience (1 of 2):  Why, oh, why did JT have to put out that second album this year.  This one was perfect pop.
11) Grouper - The Man Who Died in His Boat:  Devastatingly gorgeous.
10) Janelle Monae - The Electric Lady:  If my lady had her pick this would be number one. Solid RnB with some great featured artists. How is JM not a bigger star?
9) My Bloody Valentine - mbv:  Their return LP didn't miss a beat.  It is sort of like it's the 90s all over again.  But this time I got to see them live.
8) Daft Punk - Random Access Memories:  It really is unbelievable that a funk album that is this good only sits at number 8.  It is the reason that I am digging through the catalogue of a 70's funk/ disco band called Chic.  And both Chic and this album are awesome.
7) Hiatus Kaiyote - Tawk Tomahawk:  This album has some Dilla in it and some soulful folk rock.  Huh?  Exactly.
6) James Blake - Overgrown:  A great electronic artist that is also a performer.  James Blake also writes amazing music that makes up near perfect albums.
5) Rhye - Woman:  This album was also a shock.  For different reasons though...who would have thought that the chick that sings for this group is a dude.  That said, this is a great sexy time LP with some great songwriting.  It is worth noting that the album at number 50 is this band's singer's solo work.
4) The National - Trouble Will Find Me:  They somehow get better and better.  I am amazed at the craftsmanship that this band is still bringing.
3) Vampire Weekend - Modern Vampires of the City:  A completely different sound for them with some incredible songwriting.  A lot of this album's focus is around death and growing older.  But it is also very fun.  As it should be.
2) Darkside - Psychic:  Nicolas Jaar is my hero.  What a great minimalist sort of electronic rock album.  Put this on at any time of day, in any sort of mood and you would have picked the right album.  Not an easy accomplishment.
1) Kanye West - Yeezus: No one is making albums this good/creative/unique six albums into their career.  And most people aren't on their first either. I have never given Kanye a number one slot.  He earned it on Yeezus.

If you want a taste from all of our faves you can play the mix below.  It includes a song from just about every album on this list plus a few additional.

Posted by Unknown at 2:16 PM No comments: 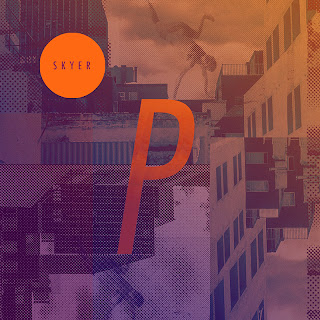 Posted by Unknown at 3:02 PM No comments:

It is that time of the year where we all share our favorite albums. I stress favorite...not best.

My favorite part about list season is seeing other lists so I can check out some things that I may have missed. Anyway, here goes, 26-50. The rest will be added later this week. I know I forgot something. I'm sure you'll see some edits down the road. Couple of honorable mentions for that new Burial EP, Nadine Shah LP, Haerts and Diana. 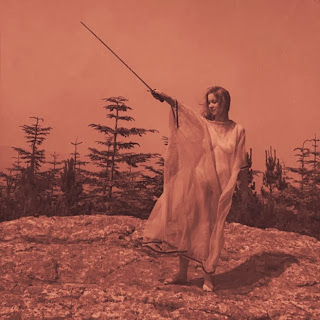 Really excited that new Burial is available to stream. Enjoy "Rival Dealer", "Hiders" and "Come Down to Us".

Cool track and video by Tinashe who I discovered from the end of year lists. Particularly this one. (Be on the lookout for my year end list soon. In the meantime, enjoy "Vulnerable.

Posted by Unknown at 1:38 PM No comments:

Gorgeous new track from Snowbird. We should receive a full length LP from these guys on February 4th, 2014. So warm up to this tune called, "Porcelain" by Stephanie Dosen and Simon Raymonde (Cocteau Twins).

Posted by Unknown at 5:46 PM No comments:

A cool little compilation of tracks that may or not have influenced Prince and also that were influenced by him.

Nadine Shah - "To Be A Young Man" Video

This Nadine Shah album just showed up at my doorstep today and this track is pretty damn good. Dark. Haunting even. We will see what happens as I listen to more but I wanted to share this ASAP.

Posted by Unknown at 3:42 PM No comments:

I've been listening a lot to these guys, Lucius. Check out "Tempest" and the full LP Wildewoman. This is good female-fronted indie pop rock.